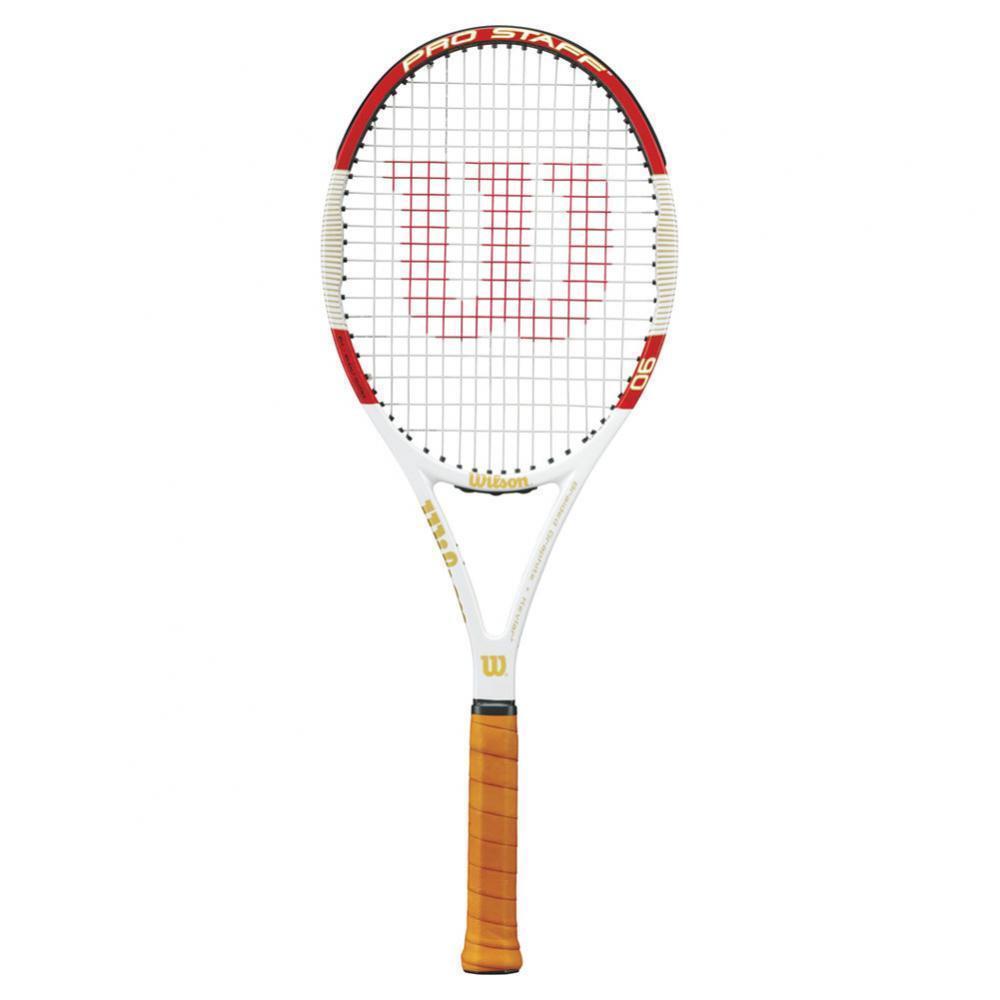 The Wilson brand is known for its connection to various forms of sports. Wilson tennis equipment is trusted and used in the US Open, so if you are looking for a tennis racquet, this is a good place to start regardless of your skill level. Additionally, you can get associated accessories for your racquet such as Wilson tennis racquet covers, strings and grips.

The Wilson Attacker tennis racquets consist of the Blade and Pro Staff racquet series. The Blade racquets are designed for aggressive play and to provide attacking players with more control while maximising their energy. This is achieved with Wilson’s Countervail technology while the austere design displays a matte finish, clean lines and laser engraving. The Pro Staff, which is co-designed by Roger Federer, also has a minimalist style with a design to inspire a bold and edgy performance.

The Wilson All Courter racquets showcases the Ultra, Triad and Juice Racquets. The award winning Ultra racquets are sold in the Ultra 97, 100, 103 and 108 variety. The Ultra 97 and the Ultra 100 feature carbon fibre engineering, Cushion Foam Technology and a mid-plus headsize. This makes it a favourite among players who show dominant versatility on both the doubles and singles courts. The Ultra 103 has all the features of the 100 along with Spin Effect Technology to generate fiery spins. The Ultra 108 has a large head and sweetspot providing ample power, but is also lightweight for easy manoeuvrability and comfort, making it great for doubles court. The Triad is available in both mid-plus and oversized seen in the Triad Five and the Triad Three respectively.

The Wilson Baseliner Burn racquets are available in Burn 95, 99 and 100 series. The Burn racquets are Countervail racquets with a long X2 handle perfect for contemporary two-handed backhands. They are speed racquets for aggressive baseline players who wants bigger hits and faster swings.

Wilson has various beginner tennis racquets like the Triumph and K-Zero racquets with their extremely oversized-head to maximise the hitting surface. They provide more power with a lesser swing speed.