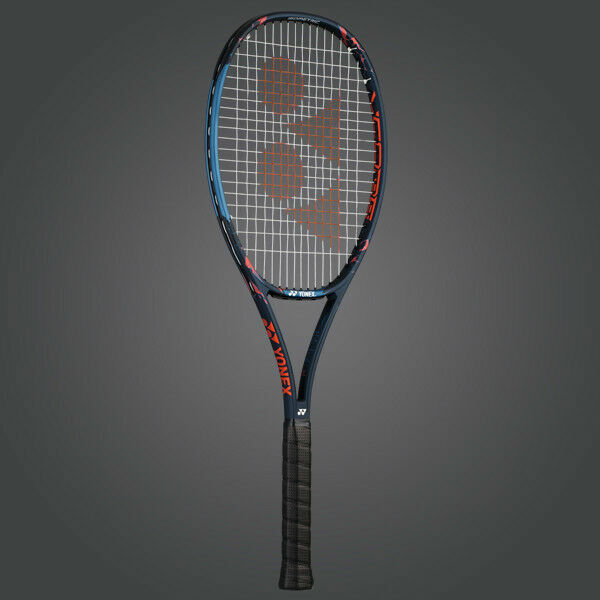 While skill is a vital part of playing tennis, having a good racquet can also improve your game. Yonex tennis racquets feature various innovative designs such as their isometric shaped heads, which is said to allow the creation of a sweet spot, generating a 7 per cent more effective hitting area. Yonex also developed a racquet matrix around their designs, so that each player can choose the racquet that is right for their skill and preference. There are three major design categories including the Vcore, EZONE, and Astrel series.

The EZONE tennis racquets has an enhanced isometric sweet spot extending into the upper parts of the racquet. These Yonex tennis racquet strings feature HYPER-MG technology, which dramatically improves the snapback speed and increases power. It also has a Micro Offset Layout and Quake Shut Gel Air, which will reduce vibration and increase comfort. The EZONE DR is made with NanometricDR carbon graphite, which increases flexibility and repulsion.

The Vcore series includes the SV and the Duel sets of racquets. The Yonex SV racquets are for aggressive shots that goes high over the net and fiercely towards the court. These type of racquets are used by hard-hitting competitors. It also has Yonex’s Fin Technology that provides more spin and control. Users who like a thick grip can go with a G3, whereas the G0 to G2 is made smaller to increase comfort. The Vcore Duel G increases spin up by 8 per cent and after-bounce ball-height by 14 per cent.

The Yonex Astrel tennis racquets are oversized when compared to the other series. They are great for beginners as they allow for easier play but without sacrificing power. They are however still used by adept players who are looking for a comfortable grip.

Aside from their racquets, there is other Yonex tennis equipment that can help to improve your game, such as tennis racquet grip tapes, head and wrist bands, and game and training balls. Additional equipment includes power cushion tennis shoes and racquet bags.