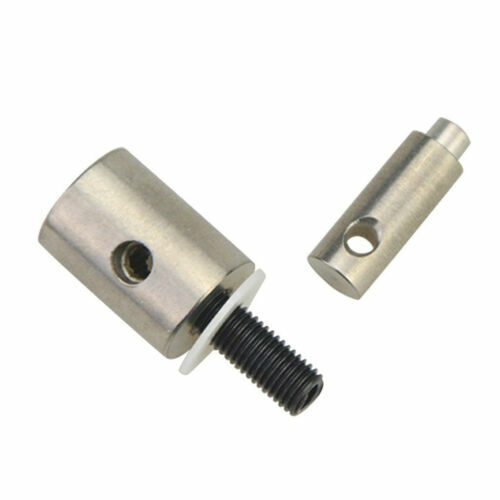 Archery stabilizers are a common accessory at any level of the archery sport but lay persons will often express confusion about the thing sticking out of the front of the bow. A stabilizer does a lot for you, absorbing vibrations when you make a shot, making the shot more stable and more comfortable. The stabilizer also combats torque, which makes it easier to keep your aim steady as you draw back the bowstring. A stabilizer attaches to a threaded slot in the back of the riser. More or less every compound or Olympic recurve bow has one of these slots, including many entry level bows, on account of a stabilizer being considered a basic part of an archer’s kit outside of formats that don’t allow one.

There is more than one sort of stabilizer and you might even have more than one on your bow at any time. There are archery dampeners, long rods, side rods, v-bars and stabilizer weights. The stabilizer you pick really depends on exactly what you need it to do. Besides the typical main stabilize ror stabilizers, many archers will add side-rods to balance out the weight of their bow if they have other accessories such as bow-mounted quivers or sights. V-bars are popular in target archery, wheremany archers feel they add a lot of stability to their shots.

There are a lot of other little gadgets that can make archery a more pleasant experience. They don’t make the sport easier per se but they allow you to focus on the main skill that archery tests: the hitting of targets. To that end, you might also want to have a look at other accessories that make the arrow go where you want it to go, rather than where the bow thinks it should go. Accessories such as archery release aids that make sure the string doesn’t roll off your human fingers as you release the string. This makes sure you don’t give the arrow any unintended curve. It also spares your hands so that you’re not nursing red-hot fingertips for a few days after every practice session.